We believe that we all have the power to create change, whether enabling a single student to reach their potential or an entire community to rise out of poverty.

The TGC team is committed to on-the-ground work throughout Cambodia (and the world) to support people in need. The school is located in the heart of Siem Reap, working closely with the families and communities that we serve.

In 2003, the current Director of The Global Child, Judy Wheeler, was President for the Designer Outlet Stores in Manchester, Vermont. Judy hired Allan Scott-Moncrief, a Scottish painter and filmmaker, to put on a film festival as an event to promote the outlet stores around New England.

Allan had just come back from Cambodia where he’d been making a documentary film. He told Judy how impressed he was with the intelligence and positive attitudes of the street-working children he’d encountered on the streets of Phnom Penh. He discovered that nearly any of the street-working children went to school or had ever been to school. They had to work the streets begging or selling small items in order to earn about one dollar a day so their families would have enough money to eat.

A Cambodian staff member was hired, and a lot of time was spent establishing and maintaining good relations with the Cambodian government. As some kids were orphaned or lived in an unsafe environment, the school also had a safe house where most of the students lived, with boys separate from girls. Every student received three free meals a day at the school. Clothing was also provided in the form of simple school uniforms.

The school in Siem Reap is located in a more rural setting and consists of two buildings – the school itself, and another that houses six students and some staff. The other students live with their families. Since moving the school to Siem Reap, TGC has been admitting students that are not orphans but are often former street-working, or potential street-working children because their families are so poor.

With more than 30 years in executive positions within retail sales, Ms. Wheeler has overseen all retail activity, leasing, operations, marketing and management of high-end and luxury brand retail stores and multi-store centers. Ms. Wheeler is currently a consultant to a highly recognized, cutting-edge personal flotation device firm. She has served on the boards of numerous cultural, arts and educational non-profit organizations and has provided pro bono development consulting for such non-profit groups as the Manchester Arts Partnership, the Manchester Film Festival, Southern Vermont Arts Center, the Vermont State Craft Center, the Frog Hollow Board and the Ronald McDonald House.

Chet Opalka is co-founder of Albany Molecular Research, Inc. (AMRI), located in Albany, NY, a full-service chemistry services provider focused on applications for the pharmaceutical, biotechnology and life sciences industries. Prior to founding AMRI, Chet worked for Sterling Drug Inc. in various capacities in the Medicinal Chemistry and Chemical Development Departments. He has been named as inventor or co-inventor in nearly 30 patents, co-authored several scientific publications relating to his accomplishments in the field of pharmaceutical chemistry. One invention led to the marketed product, Inocor, a drug used to treat congestive heart failure. Chet received his BS in Chemistry from Niagara University. Since his retirement, Chet has become very active in the local business and philanthropic community. He serves on the Board of the Rensselaer County Regional Chamber of Commerce, non-profit Boards of Trustees for the Sage Colleges, The Freddie Institute for Philanthropy Education and Northeast Health. He and his wife, Karen, are founding members of The Global Child.

Karen Opalka was an elementary educator for more than 30 years. During that time, she was involved with curriculum development and its implementation in all areas of academics and the arts. Since she retired, Karen has been a philanthropist involved primarily in the areas of children, education and the arts. She serves on the board of directors for the Arts Center of the Capital Region, Capital Repertory Theater and the Averill Park Education Foundation.

Mike McClurken is the retired Vice President of Research and Development for Salient Surgical Technologies, Portsmouth N.H. He has 30 years of experience managing the design and development of medical devices in small start-ups and large organizations. He has eleven issued US patents and has published 13 technical papers on medical technology. Dr. McClurken has developed disposables for American Hospital Supply, implantable vascular grafts for Impra, Inc. (C R Bard), the first transvenous defibrillation lead for CPI (Guidant/Boston Scientific), and most of Salient Surgical’s electrosurgical products. Dr. McClurken received his PhD in Mechanical Engineering from M.I.T. in 1980.

Jacqueline Eastwood is the retired President and CEO of Salient Surgical Technologies, Inc., in Portsmouth, N.H., a global leader in devices and techniques that use proprietary technology to enable surgeons to simplify surgery and provide superior care to their patients. Ms. Eastwood was formerly employed by Medtronic Inc., the world’s largest medical technology company specializing in implantable and interventional therapies, from 1987 to 1998. She served in the roles of VP Corporate Ventures, VP Minimally Invasive Cardiac Surgery and VP General Manager of Medtronic BioMedicus.

These are the people that make our mission possible.

Make an Investment in the Future of Cambodia

Where Your Money Goes 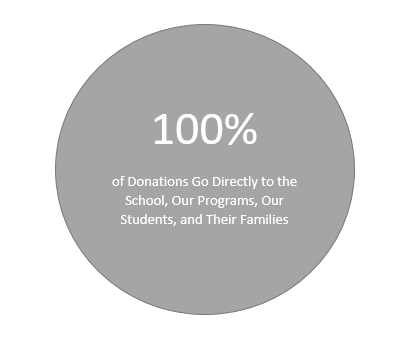 “Cambodia needs more NGOs like The Global Child to aid students from underprivileged backgrounds now during COVID-19 and in the future.”